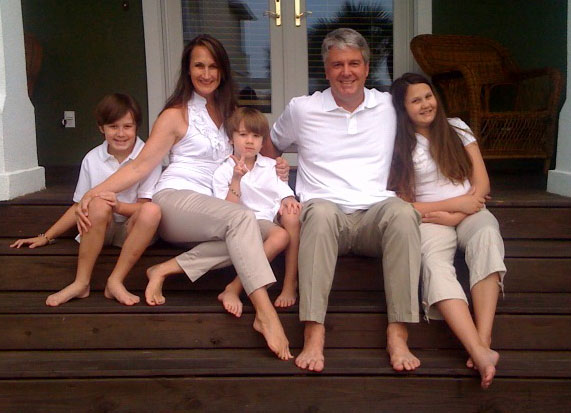 Bringing a New York flavor to the Gulf Coast has long been a dream of studio owner/director and faculty member Michelle Adams-Meeker. Our studios will provide a solid foundation for the student who wants to pursue a career as a dance professional as well as those who dance for the love of the art. Our focus is to ensure a place to nurture the growth of all types of dancers at all ages. We are rapidly being known as the studio in Mobile to give individualized attention to our students, allowing the necessary and proper dance technique to be taught to all ages of dancers. This allows each one of them to blossom to their fullest potential.

Michelle is a professional who has performed and trained in New York City for over 12 years. Her numerous credits range from film, television, musicals, video, concert dance works, and stage. She was hand selected for the dance reconstruction pre-Broadway workshops of the hit musical, “Fosse”, MTV Music Video Awards, numerous musicals, and Debbie Allen’s ABC TV special with Whoopie Goldberg. She also has appeared with Ben Vereen in Macy’s Thanksgiving Day Parade and was a New York Knicks dancer for the New York Knicks basketball team. Additional television appearances include “The Late Show with David Letterman”, “Good Morning America”, “Entertainment Tonight”, and “New York At Night”. Michelle has also appeared in Vogue, Vanity Fair, and New York Magazine in various dance shoots. Michelle has performed at Madison Square Garden, Lincoln Center, and The Metropolitan Opera. She has assisted many of New York’s top dance teachers, Emmy award winning choreographers,  and Tony Award nominated choreographers. Michelle has also appeared in commercials and film. She is a scholarship graduate of New York University’s Tisch School of the Arts where she obtained her BFA in dance. There, she was one of six selected in the university to receive a prestigious scholarship awarded by Paulette Goddard, Charlie Chaplin’s wife, 3 years in a row. Michelle is also a National Foundation for Advancement in the Arts award winner. Michelle was selected “Outstanding Senior Dance Major” by the faculty of Houston’s High School for Performing and Visual Arts. She taught dance at the University of South Alabama in the Drama Department from 2001-2004 and has taught numerous master classes throughout the Southeast. Her choreography credits include “Cabaret”, “Pippin”, “The Little Mermaid”, and “Romeo and Juliet”. In 2008, Broadway South Dance was honored by the Southern Alabama Awards (SAL Awards) as a top business in Southern Alabama. Michelle was recently featured in “Dance Studio Life” magazine in the teacher spotlight and Broadway South Dance was featured in the July 2008 issue of “Dance Magazine” as one of 6 of the country’s most successful studios. Broadway South has recently been featured in “Dance Teacher Magazine” and “Access” Magazine. Michelle was awarded the top award at CoDance in 2010 at Biloxi Regional of Top Educator- signifying excellence in the direction of her studio and company and influencing her dancers in the most positive and productive way producing strong and versatile dancers. Michelle resides in Mobile with husband, Warren. Her proudest “productions” are daughter, Morgan and sons, Ryan and Kylan.